This afternoon, Jubal and I took a drive 20 minutes north east into the Burren. We were after a walk among the rocks. The Burren is vast but I wanted to return to a familiar spot I knew I well. We drove up to the aliwee cave area, parked and walked out to the rocks. Much like the rocks I've walked on at Land's End at the end of Bailey's Island in Maine, I'm so at home here in the Burren. I could have stayed out there for hours just looking at the rocks and whats in between ferns, moss, violets, and the occasional orchid- a delightful find! And looking out at the land in front. You can see a great divide in the land, the valley below and then the sea beyond going from Galway Bay. One of my most favorite spots of scenery, ever. Next to of course the crib stone bridge coming off of Orr's Island going into Bailey's Island.

On the way back, we stopped at the Burren Smoke house in Lisdoonvarna. Watched a 5 minute video on their process of smoking salmon. Have not been a salmon fan before, but I think I will be turning into one soon. Smoked salmon makes good gifts doesn't it? 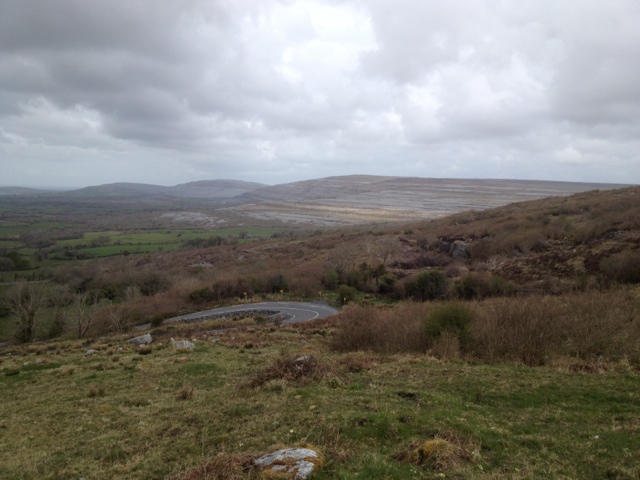 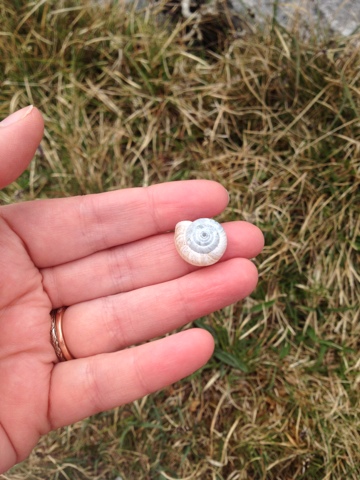 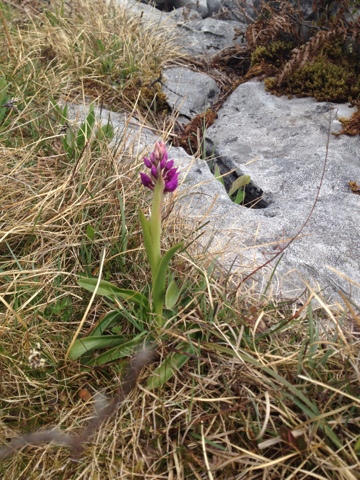 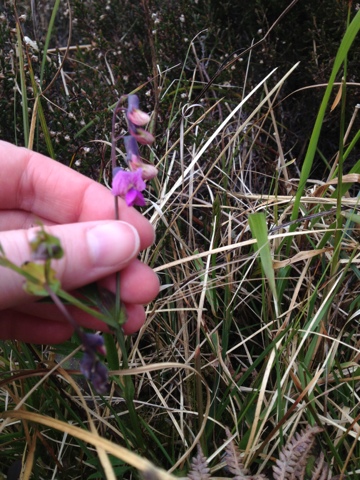 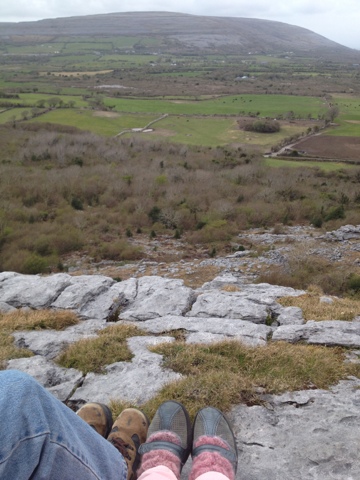 Yesterday we drove south about an hour to the most westerly spot in Ireland, Loop Head. We knew we'd see a light house. We knew we'd see a cliff and sea stack. We also have become accustomed to this hollowing weather and have adapted by wearing 4 or so layers just to keep the wind out. However, we just weren't prepared for what we saw or felt. The grass was soft, long, and bouncy. The wind was keeping to herself. The sun was boasting. And the colors were just delighted! Yes, they really were. The greens of the grass, the aqua and blues of the water, the little purple flowers everywhere, and then the puffin like birds perching in the crevasse of the sea stack. All was so spectacular that we spent a long time just looking out. It accorded to me that if every human could be in the spot or one like it from time to time, could the world be at peace with each other just a little bit? For both of us, making that drive and then spending time just sitting and looking, after 3 weeks of being in Ireland, something clicked into this other gear of; we are here and we are here to look, see, explore, relax, and just be. It was also the first time it truly hit me that I was actually relieved that we are here for another 2 months. It's more than possible that all the planning for the last several months has exhausted us more then we thought possible. I am incredibly thankful to be here in Ireland again. But even more than that, I am incredibly thankful that I am here with Jubal. This time so far that we've had together keeps us in awe of how lucky we are to have found each other. 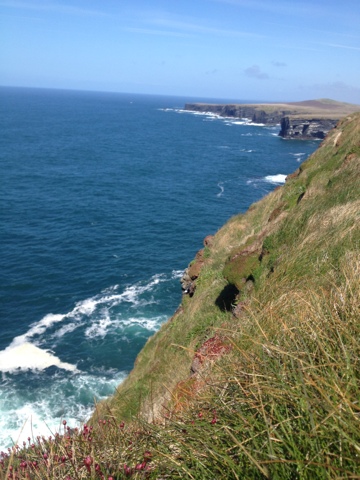 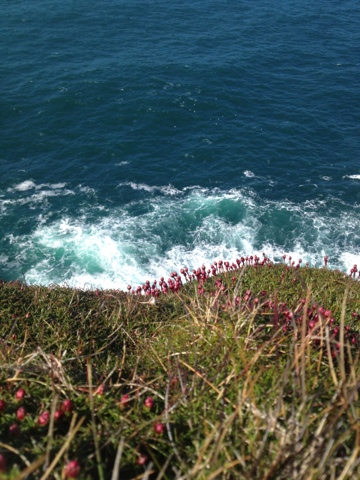 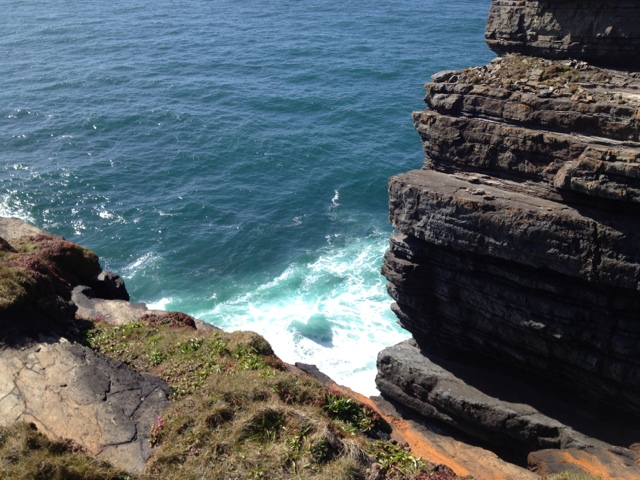 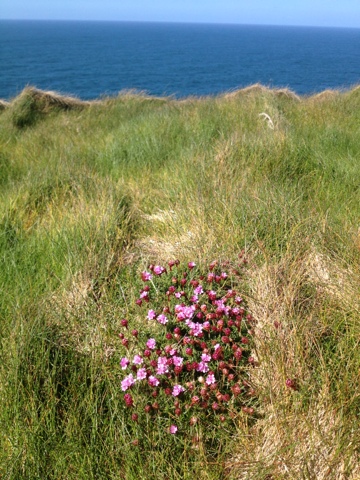 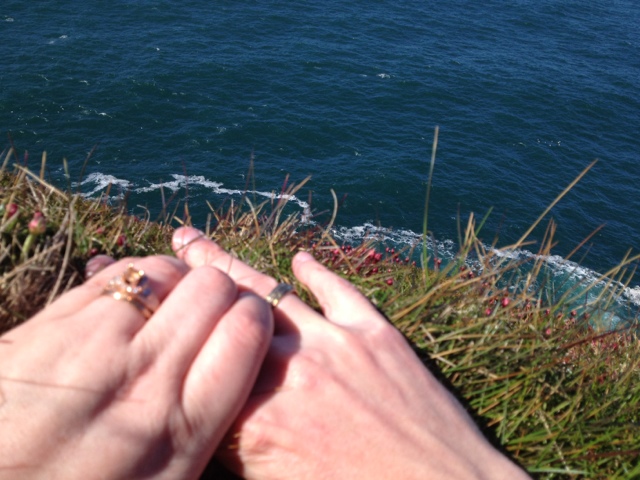